Today, I’m participating in a blog tour for the new YA science-fiction, Fourth World by Lyssa Chiavari, and she’s going to tell us about how she gets to know her characters. 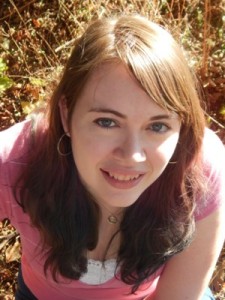 The funniest thing about characters is that they’re really like people. You have to take your time getting to know them—and even if you think you know them better than anyone else, they can wind up surprising you.

That was definitely the case for me when writing my first novel, Fourth World. Even though I had a pretty good idea of where the story was going, I often found myself wrestling to get through scenes. I had to start parts of the book over from scratch six different times. And every time I struggled, it was because the characters were trying to tell me, “Hey! You’re writing me wrong!”

Every character is different, of course. Henry Sandhu, my protagonist Isaak’s best friend, stomped into my brain pretty fully-formed. He gives very clear instructions on how he wants to be written, so his scenes were always easy and fun for me to write. “Henry, you should have been the protagonist of this book,” I sigh whenever I’m stuck. He shrugs and says, “Yeah, I could have told you that.”

Isaak wasn’t as straightforward as Henry, but he’s friendly and open, albeit a bit snarky. Even though we had a few rough patches here and there where I got a few facts wrong, he was patient and didn’t mind sticking with me until I got things right.

Nadin, my other protagonist, though—she’s an enigma even to herself. Raised in a strict, highly-controlled and sheltered environment, she’s never given herself permission to get to know herself, let alone let anyone else in. She was really resistant to me peeling back her layers, which was frustrating for both of us. It’s hard to describe what someone else is feeling when she’s not sure what she’s feeling herself. I can only hope I managed to get it right.

After writing this book, I finally understand what other authors mean when they say that characters have a life of their own and can change the story with their personalities. I’m really looking forward to getting to know them better over the rest of the series. Starting with Henry, since he’s getting his own tie-in novella up next!

I couldn’t agree more. Sometimes, characters just come to life all on their own, and it’s an adventure in and of itself to get to know them. Also, all your characters sound like a blast, and I think I like Henry and Isaak already. 🙂

Lyssa Chiavari is an author of speculative fiction for young adults, including Fourth World, the first book in the Iamos trilogy. She’s also the editor of Perchance to Dream, a YA collection of Shakespeare retellings, and the upcoming Circuits & Slippers anthology. When she’s not writing—which isn’t often—you can usually find her exploring the woods near her home in the Pacific Northwest or losing an unreasonable number of life balloons on Donkey Kong. You can find Lyssa on her website at lyssachiavari.com, and on her twitter, Goodreads, and Facebook page. 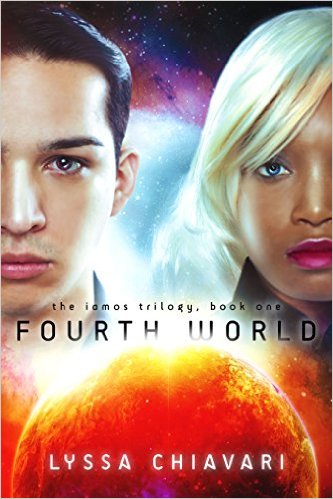 Nadin’s planet is dying. As its atmosphere drains away, her people are forced to live huddled in domed cities for protection. With only enough resources to support the population for one more year, time is running out. Nadin thinks she’s found a way to save Iamos, but it will mean defying the planet’s rulers, the geroi—and betraying the geroi could cost her everything. When a strange boy from another world appears out of nowhere outside the citidome’s glass walls, Nadin knows for sure that her plan will work. But to build the device that can save her people, Nadin must first find the legendary city of Elytherios. And to do that, she’ll need the help of the mysterious alien boy named Isaak.MARS, 2073 C.E.

All Isaak wanted was to get through his senior year at the Academy in one piece. Everything would have been fine if he hadn’t found that ancient coin among his missing father’s possessions. The coin seems to have a strange connection not only to Isaak’s family, but to Mars’ ancient past.But how is that possible, on a planet that was supposed to be dead until just forty years ago? Now Isaak’s got agents of the Earth’s government on his tail and a deranged factory worker stalking his every move. Everyone is desperate to get their hands on something called the Key. And the only way to escape is to unlock an even bigger secret, one that could change his life—and the fate of Mars—forever.

Sounds pretty cool, yeah? You can buy Fourth World in paperback for $12.99, on Kindle for $0.99, or you can try your luck and enter this Rafflecopter giveaway to win a free signed copy and a bookmark. 🙂

So does Fourth World sound cool or what? Do you have a specific process for getting to know your characters or does it just sort of happen organically? Who’s your all-time favorite character? (I actually have several, as there are simply too many gorgeous people to choose from, lol). Can’t wait to see you in the comments, and don’t forget to check out the other posts in the blog tour!

8 thoughts on “Guest Post: How To Get To Know Your Characters by Lyssa Chiaviri”