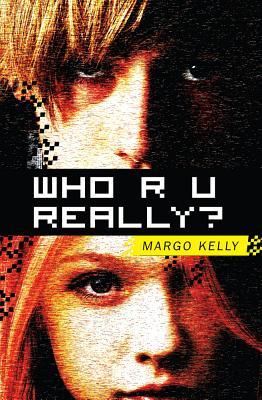 Thea’s overprotective parents are driving her insane. They invade her privacy, ask too many questions, and restrict her online time so severely that Thea feels she has no life at all. When she discovers a new role-playing game online, Thea breaks the rules by staying up late to play. She’s living a double life: on one hand, the obedient daughter; on the other, a girl slipping deeper into darkness. In the world of the game, Thea falls under the spell of Kit, an older boy whose smarts and savvy can’t defeat his loneliness and near-suicidal despair. As Kit draws soft-hearted Thea into his drama, she creates a full plate of cover stories for her parents and then even her friends.

Soon, Thea is all alone in the dark world with Kit, who worries her more and more, but also seems to be the only person who really “gets” her. Is he frightening, the way he seems sometimes, or only terribly sad? Should Thea fear Kit, or pity him? And now, Kit wants to come out of the screen and bring Thea into his real-life world. As much as she suspects that this is wrong, Thea is powerless to resist Kit’s allure, and hurtles toward the same dark fate her parents feared most. Ripped from a true-life story of Internet stalking, Who R U Really? will excite you and scare you, as Thea’s life spins out of control.

I don’t participate in blog tours very often, but something about Who R U Really? caught my eye. The plot of Who R U Really? was somewhat expected, but I thought it had just the right amount of twists in it to make it interesting. Basically, Thea is your average teenager who has a crush on a guy at her school who doesn’t seem to pay any mind to her. In order to distract herself, she joins a mass multiplayer online role playing game, Skadi, that sounds pretty similar to World of Warcraft or Runescape or something.

On Skadi she begins to develop virtual friendships with other members in her guild, including the two users Red and Kitsuneshin. Kit in particular, as she begins to develop feelings for the suicidal nineteen year old with the abusive, alcoholic father. Pretty soon Thea’s life revolves all around Kit, who begins to ask her for more and more personal information. Her friends all warn her about Kit and her parents warn her about talking to internet strangers in general, but Thea doesn’t listen.

While the book feels a lot like propaganda most of the time, it was still very exciting and intriguing. I always love a good mystery.

Thea, like the description says, is very soft hearted. She gets caught up in Kitsuneshin’s downward spiral and tries to help him as a friend. However, that friendship eventually becomes something more, making her tune out the other people in her life. Including her best friend, Janie, who is slipping down a dark spiral of her own, and her ex-crush, Tim, who has done his own research of Kitsuneshin and come up with some worrisome information.

While most of the book focused on Thea, Kitsuneshin, their relationship, and Thea’s mom’s ever avid preoccupation with what Thea is doing online, the other characters seemed to have stories of their own, even if we didn’t fully see them. I’m a little sad that I didn’t get to hear more about them (especially Janie–I felt like there was a lot going on with her that we didn’t get to see), but I suppose that this wasn’t their story.

I thought that the writing was put in a very understandable format, especially considering that a good portion of the book involved Thea and Kitsuneshin’s online communication. It may just be me, but most of the time, online communication in books is in a confusing format. Kelly presents a format where it is very simple to know who is talking and when.

As for the setting, I felt that it was very believable, even though the majority of the book is spent within Thea’s bedroom on her computer. Her life seemed very regular and believable, though. Other settings, such as the minimal descriptions we receive of Skadi throughout the book were very realistic, as well. While I am not an avid video game player, I have tried Runescape in the past. Skadi felt like a real online game world.

Overall: 4 out of 5 stars. This was a very enjoyable read with some unexpected twists at the end. It may feel like propaganda, but that didn’t change the fact that the story was very interesting. I’d recommend this to those fourteen and up. Looking to buy? A list of the places you can purchase Who R U Really? are listed below.

Margo Kelly is a native of the Northwest and currently resides in Idaho. A veteran public speaker, she is now actively pursuing her love of writing. Who R U Really? is her first novel. Margo welcomes the opportunities to speak to youth groups, library groups, and book clubs.

1 print copy of Who R U Really?

2 thoughts on “Who R U Really? by Margo Kelly Blog Tour and Review” 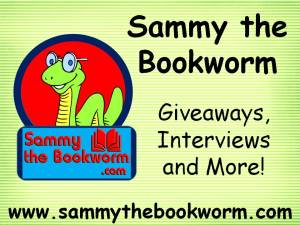 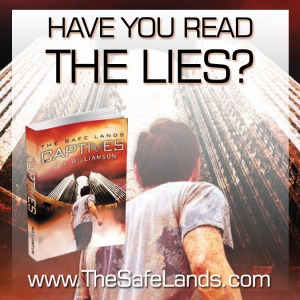